Always take knife point out of the holder at the end of the season and give knife holder a tap with a hammer to remove any excess dirt or clay. Although the knife point is tapered this will reduce the build up of material inside the holder and make extraction easier.

Always install knife holder using anti-seize on the thread of all bolts to make it easier to remove.

New bolts are recommended for frst time installation. Worn bolt heads can turn inside the hex head housing on tightening and over time bolts can stretch from over tightening and become brittle.

When inserting split pin, only bend tips of pin for easy removal. To save time remove pins using side cutters or a hammer to shear off pin. Replace with a new pin. 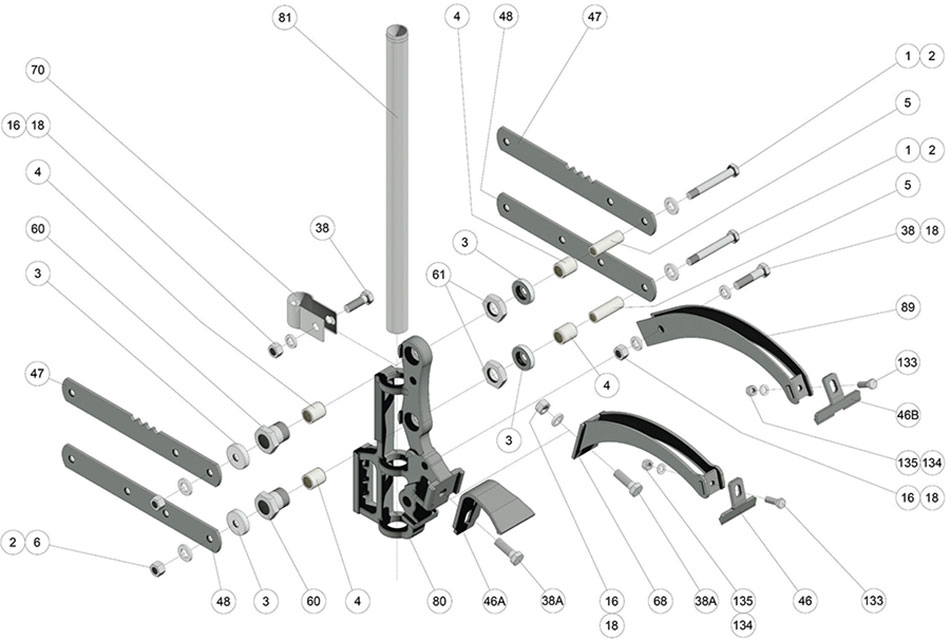 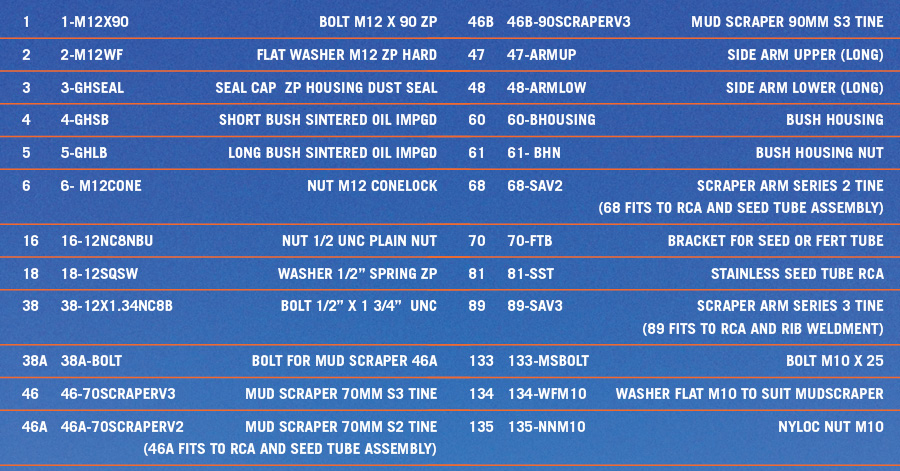 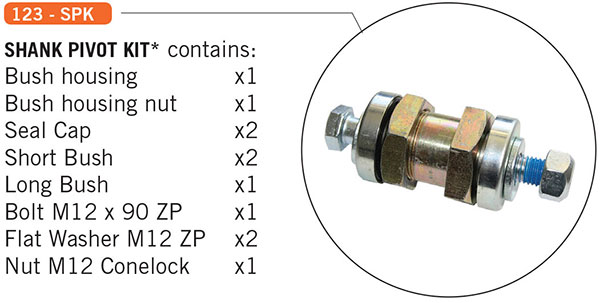